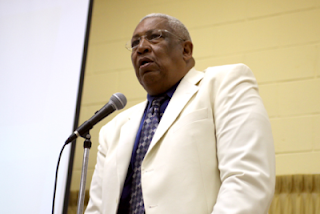 Recently the Obama Administration announced it will expand the U.S. Drug War to Canada, all the bodies piling up in Mexico as a direct result of what theadministration is pushing Mexico to do isn't enough. I will speak with retired Canadian Judge Marvin Morten who says "It is poverty that drives most people into criminal clutches, so a punitive society and the war on drugs do not work".

Judge Morten started his career in criminal justice as a Toronto Assistant Crown Attorney in 1974. He worked in the Attorney General's office until 1993, when he was appointed Provincial Court Judge in the Ontario Court of Justice. He retired in 2009. Judge Morten is convinced there is an undeniable relationship between poverty and crime, which in the world of drug prohibition leads to more incarceration. "You're dealing with human beings," he says. "But they're moved through the system like meat."