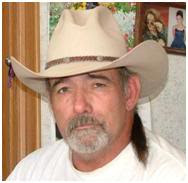 Tonight on LEAP DAY we ending the Drug War with former undercover narcotics officer Jay Fleming. After the "war on drugs" was declared, this dedicated law enforcer enlisted to make drug buys for the police department in his hometown of Spokane, Washington. Over the next 15 years, Jay fought against the burgeoning drug trade in various capacities. He trained undercover narcotics officers in Spokane and hired out to other departments across the Northwest, conducting long-term undercover investigations of murder, drugs and money laundering.