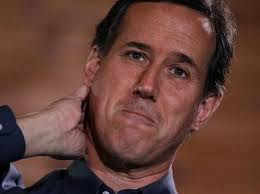 More hateful comments from members of the GOP and conservative right in the wake of Jewish paper's call for assassination of President Obama. Jewish publisher reveals possibility and likelihood of Israeli security threats on U.S. soil.

Fox News publishes opinion peice written by a "psychologist" who drones on about how Newt Gingrinch's infidelities are postive attributes and would make him a good president.

Joe Klein blasts Rick Santorum for entertaining religious bigotry and racist comments from a woman in South Carolina. Says Santorum failed to correct the woman when she called Obama a secret Muslim not elgible to be President.

Catholic leaders put Gingrinch and Santorum, both Catholics, on blast for their racist comments and stereotyping of minorities and the poor.