Holocaust Remembrance and the forgotten millions 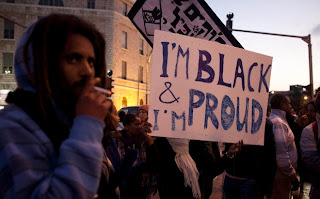 Today the UN General Assembly remembered the Jewish victims of the Holocaust. Turkey, a Muslim nation also observed the day along with many, many other nations. However, lost in all this remembrance is the 20 million non-Jews who perished under the Nazi regime. How do you corner the market on genocide?

And considering that every year the Holocaust is remembered in Israel, how is it that the citizens of Israel and Jews in the Diaspora allow Israel to sow seeds of so much hate by its treatment of the Palestinians and Ethiopian Jews. And how is it that Jews in America who participated in the slave trade of Africans and eugenics program in America are not put on blast just like their Nazi offspring? The Nazis themselves said American policies inspired their policies. The Jews of conscious, who do speak up or out on this hypocrisy, are often marginalized and called self hating Jews.

Tonight I will focus on all the victims of genocide and those who have suffered under the banner of White Supremacy.