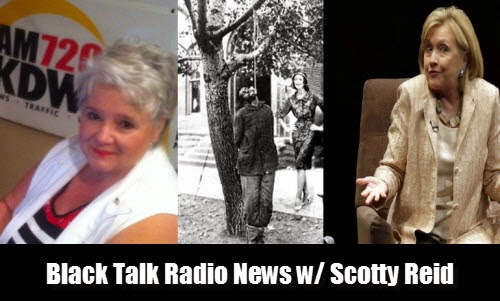 
Tune in today as the host Scotty Reid goes over some of the day’s news, uncovered news and news covered from a counter-racist angle. Right Wing talking head Andrea Shea King said on her radio program that members of Congress who skip out on the speech to Congress by Israeli Prime Minister Benjamin Netanyahu. King specifically singled out Black members of Congress. Her anti-Black rant harkens back to the days of Reconstruction when at least on Black member of Congress was attacked and killed by a racist white mob in South Carolina.

Speaking of lynching, Clemson University Board of Trustees refused to change the name of Tillman Hall which is a building on campus named after the racist murderer and terrorist Benjamin Tillman who founded both Clemson University and Winthrop College. The name change campaign launched by Clemson students and faculty staff has been ongoing for months.

The CPAC 2015 big winners are Sen. Rand Paul and the movement to end weed prohibition.

Hillary Clinton has shown again that rules and regulations, international law and US law mean nothing to her and she is above the people. Although all government employees are required to conduct official business through government email, Clinton as Secretary of State used only private emails to communicate on official US government business. What did she have to hide?

German Human Rights group The European Center for Constitutional and Human Rights, has begun the process of indicting members of the Bush Administration by filing criminal complaints against the architects of the torture program.

The Mayor of Cleveland apologized for the city blaming Tamir Rice for his own killing in a response to a lawsuit filed by the family. While the cop Timothy Loemann is ultimately responsible for shooting Tamir Rice who was playing with a Airsoft pellet gun in a park, what can we as a people prevent more Tamir Rices from being shot down in the streets while playing with toy guns?