Byron Allen vs. Cable Industry and their proxy racist tools 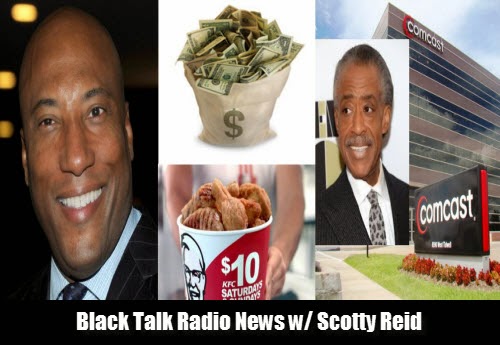 Tune in today as the host Scotty Reid goes over some of the day’s news, uncovered news and news covered from a counter-racist angle. Today will focus mostly on breaking down the legal fight Byron Allen and independent other Black people who own media companies have taken up against what H Rap Brown called the “WPP, white power press, white people’s paper and white people’s power.” Allegations of racist business practices are being levied at corporate cable giants Time-Warner and Comcast, both of which are named in the $20 billion dollar lawsuit filed by National Association of African-American Owned Media (NAAAOM).

Speaking on racism in media propaganda, Lee Daniels unfortunately is continuing his anti-black news media campaign but more interestingly, he openly admits to being a pawn of what supremacy media. Naturally, Daniel’s admission of bowing to white supremacy so he can work has some people upset and Black media is letting Daniel’s know they do not approve of his behavior. What do you think, is it ok for Lee Daniel’s to bow to his racist handlers so he can keep getting “work” or should he immediately cease and desist from being a willingly pawn of racists in the propaganda entertainment industry.

If there is time, The CPAC 2015 big winners are Sen. Rand Paul and the movement to end weed prohibition.

Upcoming events and call’s to action.