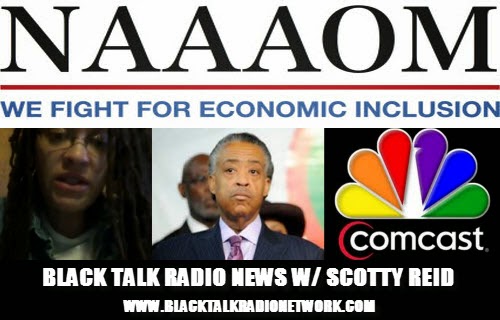 Journalist and independent black media producer Yvette Carnell will drop in on the program to discuss the $20 billion dollar lawsuit filed by the National Association of African-American Media Owners against several big corporations like Comcast and AT&T. The lawsuit alleges that the corporate media giants practiced economic racism against black media producers and named National Action Network founder Al Sharpton in their complaints. Byron Allen who joined the lawsuit and operates one of the more successful 100% Black owned media companies has been lobbing verbal bombs at Al Sharpton in the media alleging Mr. Sharpton provided vital assistance to the media giants in practicing racism against black media owners.

You can find Ms. Carnell's coverage of the story at http://breakingbrown.com

Many gaps reported in Clinton emails related to overthrowing the Libyan government. No criminal charges against Ferguson officials that abused power to commit acts of racism and racketeering against Black residents.

Speaking of Ferguson and racketeering, how is the pattern and practice described in the DOJ report not occurring in New York City which produces similar data related to racial disparities in issuing tickets, making arrests and use of force?

How does the national prison population not point to the same pattern and practice across the nation?

A chapter of the Sigma Alpha Epsilon fraternity has been closed and members to told to get off the University of Oklahoma campus after a racist video surfaced on social media of members of the frat chanting "There will never be a nigger in SAE".