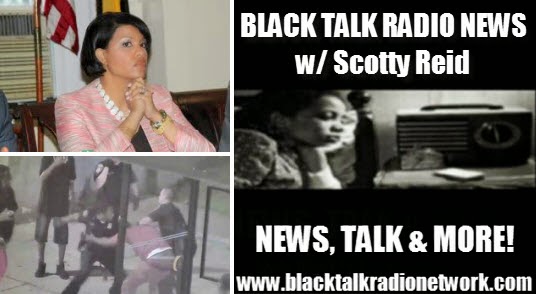 Last week Baltimore Mayor Stephanie Rawlings-Blake proposed new measures that, she says are to combat police officer misconduct, which is part of a legislative agenda she has for Maryland’s General Assembly this year. The Mayor is calling for the assembly to consider three bills that would toughen penalties for police misconduct, increase oversight of the police department, and implement police body cams for officers.

Late in 2014, the Mayor clashed with the Baltimore City Council and vowed to veto City Council legislation that would require city police officers to wear body cameras until she worked out legislation. According to a report by the Real News Network, “All sides agreed that officers should where cameras, but the mayor says she needs time to finalize her proposal around policy and implementation. Meanwhile, the City Law Department also opposes the measure, arguing it's illegal.”

During the second hour, Baltimore activists Ameejill Whitlock, Dayvon Love  and Tawanda Jones will join us to discuss the legislation being proposed by Mayor Stephanie Rawlings-Blake. Tawanda Jones has constantly been holding rallies against police terrorism since her brother Tyrone West was killed by law enforcement officers and Ameejill Whitlock is a long time youth advocate, human rights activist and the co-host/producer of Political Prisoner Radio heard Sunday nights on the Black Talk Radio Network. Dayvon Love is the Director of Research and Policy for Leaders of a Beautiful Struggle (LBS).