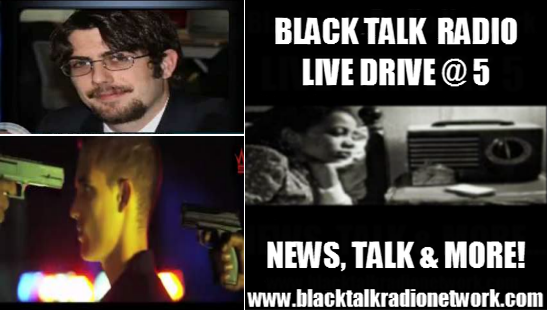 Download Podcast
Today we will be joined by writer and conservative/libertarian Alex Newman who recently published an article titled “Justice Department Grants Linked to Cop-killing Rap Video”. The article proposes that a non-profit legal service group in NYC called Bronx Defenders funded a rap video in which he says promotes the killing of cops. Because the Bronx Defenders receive grants from the Department of Justice to work on legal issues dealing with the criminal justice system, Mr. Newman supposes there is a link between President Obama and Eric Holder to the video via Bronx Defenders via the producers of the World Starr Hip Hop rap video “Uncle Murda & Maino "Hands Up" (Eric Garner Tribute)” which has over a quarter million views on Youtube with viewers giving the video a positive rating almost 3 to 1.

Hundreds of Police Killings Are Uncounted in Federal Stats - A Wall Street Journal analysis of the latest data from 105 of the country’s largest police agencies found more than 550 police killings during those years were missing from the national tally or, in a few dozen cases, not attributed to the agency involved. The result: It is nearly impossible to determine how many people are killed by the police each year.

American Sniper viewers to be allowed on jury for Chris Kyle killer case - As the trial’s start date approaches, Texas judge Jason Cashon told potential jurors that it did not matter if they’d seen the film, as long as they could put aside “pre-trial hearsay and media reports”. But Routh’s defence lawyers are concerned the film could prevent their client from having a fair trial.