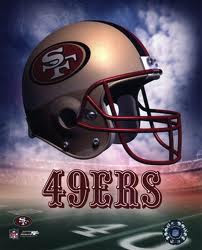 Allen Jones joins us again to update us on his efforts to keep the San Francisco 49ers from leaving the Bay View Hunters Point community, which he says will be devastating to the predominately Black area. We will also get his views on Bounty-Gate, which involved former New Orleans Saints defensive coordinator Gregg Williams who was caught on tape specifically calling for serious injuries and bodily harm to key players on the 49ers roster.

I will be discussing some of the latest news in the Trayvon Martin tragedy including Zimmerman launching a website to ask for funds to pay his legal bills and support his family.

The civil rights group Color of Change is going after the corporate sponsors of ALEC who they say are responsible for the attacks on voting rights and behind the Stand Your Ground laws in many states. Have you heard of ALEC?

I will ask again, should the Black community fight back against police brutality by boycotting Christmas if those who want our votes do not put Federal legislation addressing the issue on the table?

Rick Santorum has dropped out of the GOP nomination race, Gingrich may drop out soon leaving only Ron Paul and Romney.