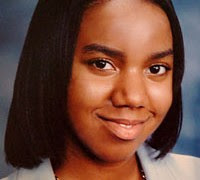 LaVena Johnson was serving in Iraq in the US Army when she was attacked, raped and then executed. Will talk to her father Dr. John Johnson to discuss recent additions to the group investigating the case and the fight against the suicide ruling by U.S. Army investigators. We will also speak to the creator of the Change.org petition set up to target lawmakers by Mantra Lotus.

Will speak with Truth Minister Paul Scott about social unrest among the Black masses and the politics behind it. He recently penned a piece titled "The Politics of Protest: Rap, Race and Riots". A recent poll by Your Black World shows a majority of African-Americans do not like the current state of Black leadership.