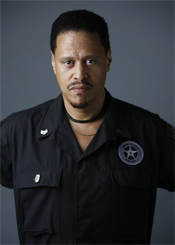 Former Chief Deputy U.S. Federal Marshal Mathew Fogg joins us again on the program. After 32 years of service. Matthew retired following a final DC Circuit Court of Appeals decision upholding a landmark lower court decision finding the USMS grossly violated his civil rights and was operating a “racially hostile environment” for African-American deputy U.S. marshals nationwide. Today, Matthew continues to assert that racism drives the war on drugs, citing that in 1993, under South Africa's Apartheid Law, 851 black men were imprisoned per 100,000; in 2008, under the United States' Drug Prohibition Law, 4,919 black men were imprisoned per 100,000 versus only 943 white males.

Matthew believes that drug prohibition is an immoral tool used by the United States' prison industrial complex to maintain the largest per capita rate of incarcerations in the world. Matthew Fogg is also a member of Law Enforcement Against Prohibition. We also asked Mr. Fogg his views on the Trayvon Martin case and how black people who stand their ground in self defense are prosecuted and not granted immunity under the law. Cases like Marissa Alexander and John O'Neil.

In recent drug war news, President Obama was taken to task on drug prohibition policy by leaders in South America. According to reports, "Pressures that have been building for a decade or more have only intensified in recent months, with Latin American leaders including Guatemalan President Otto Perez Molina, Colombian President Juan Manuel Santos, and even Mexican President Felipe Calderon calling for a frank and open discussion of alternatives to US-style war on drugs."