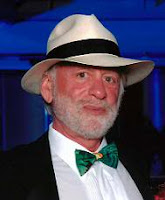 A new drug law has been signed by President Obama. The Ultralight Aircraft Smuggling Prevention Act of 2012 closes a loophole that treated the use of ultralight aircraft to help with drug smuggling different from the use of other aircraft. Now, their use can bring a long jail sentence and stiff fines. Tonight I am joined by Leonard Frieling of Law Enforcement Against Prohibtion. Mr. Frieling says "If the government stopped creating and supporting the artificially high street price of illegal drugs, the drug-associated crime would disappear."