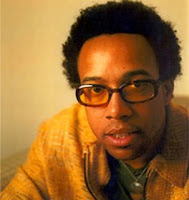 Tonight I am joined by Speech mostly known for his founding of the conscious hip-hop group Arrested Development. Arrested Development had a big hit with the single Tenneesee, which Speech wrote. The song won the Grammy Award for Best Rap Performance by a Duo or Group in 1993. We will discuss why he has become disillusioned with politics in general but which politician gives him some measure of hope for change. Can't talk to a Grammy Winner without checking out some of his new music!