The Drug War is a war on indigenous people & families 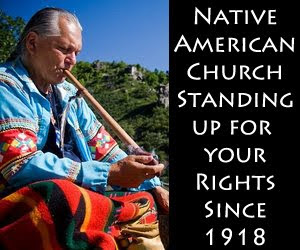 The war on drugs does more to destroy the family unit than the actual drugs themselves. Joining me tonight will be James Mooney of LEAP & Oklevueha Native American Church.

As co-founder of the Oklevueha Native American Church (ONAC), James has several roles through which he attempts to correct some of the damage the war on drugs has perpetrated upon American families. In addition to his role as an American Native Elder Seminole Medicine Man, James serves as the director of the recidivism reduction ‘clergy’ program (Habilitative Programs) of ONAC. In James’s opinion, the war on drugs is presently the largest contributing factor to the disruption of the American family unit. ONAC is dedicated in doing everything in its power to heal the destruction that the war on drugs has perpetrated upon our families.