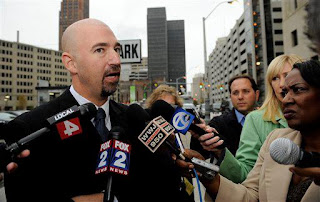 Kurt Haskell, a Michigan lawyer is a victim/witness to so-called "Underwear Bombing" plot to blow up a plane over Detroit Mr. Haskell will be a guest on Black Talk Radio News w/ Scotty Reid. Haskell recently gave a witness impact statement in the case and said during Umar Farouk Abdulmutallab's sentencing hearing, "I will just say that regardless of how the media and government try to shape the public perception of this case, I am convinced that Umar was given an intentionally defective bomb by a U.S. Government agent and placed on our flight without showing a passport or going through security, to stage a false terrorist attack to be used to implement various government policies." - Kurt Haskell.