News Brief: The Soul of America is Evil and so is Newts 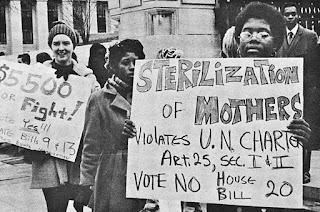 North Carolina
North Carolina still trying to figure out how to compensate victims of its sterilization/extermination program that started in the 1920s up until the 1970s.

South Carolina
Newt "Doughbough" Gingrinch upset about being asked about his "open marriage" question and tries to turn the tables on the media. Is Mr. Moral Majority a hypocrite? Is character no longer a question for the family values crowd in South Carolina?