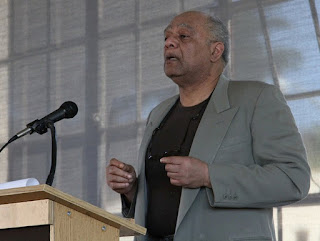 Clifford W. Thornton, Jr., 62, is a Co-Chair of the Green Party of the United States. Thornton, an international expert on drug policy, is a retired African-American businessman who ran for Governor of Connecticut on the Green Party line in 2006. In the last three years he has spoken to over 200,000 people on drug reform in some 450 venues all over the US, Columbia, Canada, Europe, and New Zealand.

Thornton encourages citizens to re-examine drug policy, challenges the mentality of the drug war, and promotes open discussion of alternatives and public-health awareness. Marijuana policy reform is at the core of most of his presentations. Although he speaks about the need to change the laws regarding all drugs, a large portion of each presentation is devoted toward the reasons to end marijuana prohibition. He believes that marijuana law reform is the key to all drug policy reform. In 1995, Thornton founded Efficacy, a non-profit to educate the world about drug policy reform.