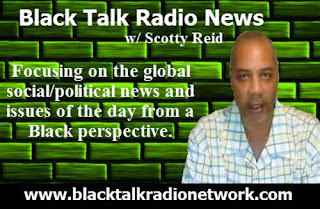 During the first hour, we will speak with Ms. Mary Sanchez who writes for the Kansas City Star. Ms. Sanchez wrote an article in March about right wing media personalities like Rush Limbaugh who have been poisoning the media with claims that President Obama and US Attorney General Eric Holder are to blame for the two officers reportedly shot in Ferguson, Missouri. The topic will be the right wing propaganda machine and their undermining of the findings of the DOJ report on Ferguson. We will get her thoughts on what impact this may have on Ferguson and the nation going forward in addressing public corruption.

Speaking of public corruption, NJ U.S. Senator Bob Menendez has been indicted by the DOJ for accepting bribes in exchange for political favors. How is it that US Senators can be indicted for crimes but no one involved in the Ferguson fiasco has been? What do you think? Chet Sisk

During the second hour we will be joined by author and educator Mr. Chet W. Sisk. Mr. Sisk is an 11-year Life Coach and a Leadership Development Specialist to the World Assembly of Youth. He graduated from Southern Illinois University at Carbondale majoring in Journalism and is a former Walter Kaitz Foundation Fellow. Mr. Sisk is working on a new book titled “Above And Beyond All That We Know: How to thrive and succeed in the current world paradigm shift”. Mr. Sisk believes that the world is currently in what is referred to as the “Information Society” but is about to enter a period called “The Empowerment/Enlightenment Age”. We’ll get his thoughts. Callers are encouraged to ask questions anytime during the broadcast by the joining the conversation via the conference line.