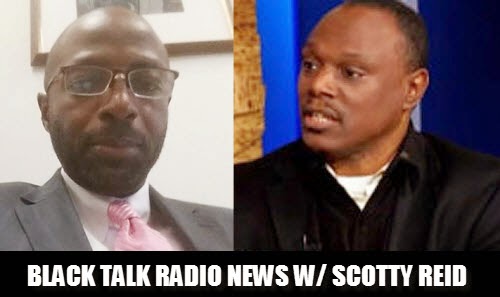 Today during the first hour we will be joined by Christopher Ervin, an activist from the Baltimore area who works on legal issues connected to 21st Century slavery and human trafficking. Mr. Ervin will be updating us on his efforts and the efforts of others in the legal area of criminal record expungments. Criminal records are having the effect of imposing a lifetime punishment on individuals even after they have so-called “served their time”. Even if a person was just arrested with no convictions, the record of arrests can have a negative impact on a person’s employment opportunities. Mr. Ervin says there should be a national push to address this issue like the bill known as the REDEEM ACT.

During the second hour, we will be joined by Cleo Manago, the founder of Black Men's Xchange that promotes healing, education, empowerment, healthy self-concept, critical thinking and cultural affirmation (CTCA). Mr. Manago has recently been a regular contributor to News One Now, which is hosted by Roland Martin on the TV One network. Mr. Manago will discuss his concept of Black Trauma Based Mental Illness (BTMI) that he says is primarily transmitted through the American media. Mr. Manago recently questioned the merit of National Black AIDS Awareness Day, which was on February 7 this year, and we will ask him to expound on this question. In the news,