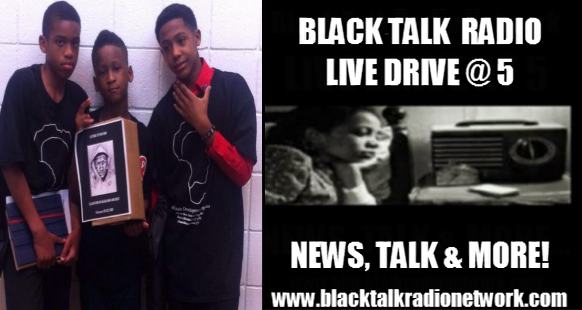 Today on the Live Drive @ 5 we will be joined by Lawanda Horton of the media campaign Letters To Trayvon. Letters To Trayvon is a social media campaign designed to flood the internet with positive images of Black men and boys, articles, quotes, poetry, and music that speaks to the challenges and triumphs of Black men and boys. Begins Thursday, February 26, 2015, at 7:30 p.m. (the time Trayvon was pronounced dead), via Facebook, Twitter, and Instagram. The campaign ends Saturday, February 28, 2015, at 7:30 p.m.

After we speak with Sis. Horton, I want to delve into what I discovered about the PBS film documentary Klansville, USA. If you have not read my article on the film and how I feet about it then please do and feel free to call in and share your thoughts. Do you think this film purposely left out an important piece of the puzzle as it relates to Klan violence or lack thereof in North Carolina or am I just being a paranoid Black person seeing anti-black conspiracies in media?