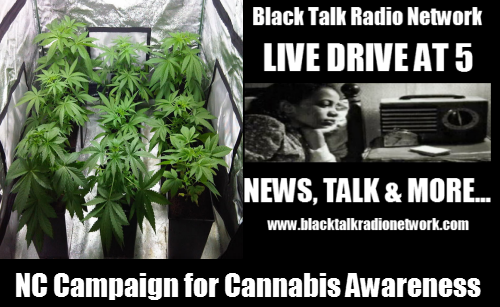 Joining us on today’s broadcast are North Carolina cannabis rights activists Robert Door and Rebecca Forbes to discuss the recent legalization of cannabis in Alaska, Oregon, Washington D.C. Unfortunately a ballot initiative to legalize Medicinal Cannabis in Florida failed. They both manage the FB page NC Campaign for Cannabis Awareness.

We will also discuss remarks made on the floor of the U.S. Congress by the Washington D.C. Delegate Eleanor Holmes Norton, who called Rep. Andy Harris, a Maryland Republican, a threat to democracy. Representative Harris tried to block the D.C. cannabis decriminalization law which reduced fines to $25 for personal use possession. Harris has indicated he will try to block the law recently passed by the voters in Washington, D.C.

Positive remarks were given on the medicinal side of cannabis legalization and regulation by Representative Dina Titus from Nevada who urged lawmakers to educate themselves and go out and meet some of the business owners in various states that have legalized cannabis.