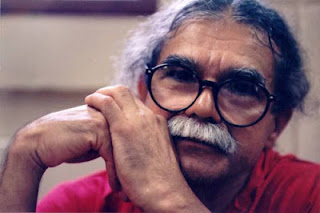 Vicente “ Panama ” Alba previously served as a member of the local advisory board of the Free Speech Community sponsored by WBAI, founded the Latino committee within the station, and participated as a member of the nationwide Justice & Unity movement fighting for inclusion of the diverse voiceless communities and many other organizations. A former member of the Young Lords Party, Mr. Alba became a political prisoner as the first person arrested in the United States with alleged ties to Fuerzas Amadas de Liberación Nacional (FALN) in 1977. He spent six months in jail before being released on bail and was acquitted five years later. Mr. Alba has been awarded a fellowship by the Charles H. Revson Foundation and is presently writing his autobiography.

Former Puerto Rican political prisoner Ricardo Jiménez was arrested with 11 others on April 4, 1980, in their attempt to achieve independence for Puerto Rico. He was given a 90-year federal sentence for seditious conspiracy and other charges relating to the act of attempting to overthrow the Government of the United States in Puerto Rico. Ricardo was finally released from prison on September 10, 1999, after President Bill Clinton extended him clemency. As of 2011, Jiménez lives in Chicago and works as an HIV/AIDS counselor for the Latino HIV/AIDS support agency, Vida/SIDA, a project of the Puerto Rican Cultural Center.

Puerto Rican political prisoner Oscar López Rivera, arrested in 1981, is serving a sentence of 70 years for seditious conspiracy, for his commitment to the independence of Puerto Rico. He was not accused or convicted of causing harm or taking a life. Oscar is 67 years of age and has served over 30 years behind bars, including over 12 years in torturous condi­tions of total isolation and sensory deprivation. In 1999, President Clinton offered to commute Oscar’s sentence on the condition that he serve an ad­ditional 10 years of clear conduct in prison before being eligible for release. Oscar did not accept the president’s offer, as the of­fer did not include all the Puerto Rican political prisoners at that time. Under the president’s offer, he would have been re­leased in Sept. of 2009. The conditions of Clinton’s 1999 offer to commute Oscar’s sen­tence have been fulfilled. Info on his freedom campaign is available at http://boricuahumanrights.org/category/oscar-lopez-rivera-2/.