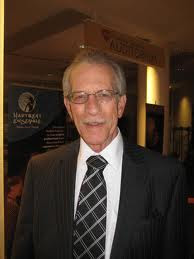 Joseph Brooks is a retired Connecticut police officer. After a few years with the Manchester Police Force, Brooks was named Commanding Officer of the Detective Division and was charged with implementing and managing the Narcotics Task Force named Tritown, consisting of three participating departments and managed under his command. It was from that key vantage point that he witnessed firsthand the impact of the drug trade on the community he served and began to question the value of the government's War on Drugs.