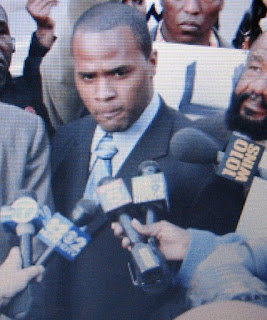 The shooting death of 7-yr-old Aiyana Jones seems to have faded from recent memory but a new development in the case was announced earlier this month on October 4. In a press release, the Wayne County Prosecutor's Office announced that two people had been indicted in the case where 7-yr-old Aiyana was shot through the head when Detroit Police raided her home searching for murder suspects. Black Talk Radio spoke to Pastor Omar Wilkes, a New York City activist who helped organize a group and protest in Detroit shortly after the death of Aiyana Jones to get his reaction to the indictment.

Wilkes believes that the U.S. Justice Dept must investigate and that other officers were involved and should be charged.