FROM ONE OF THE SMARTEST MINDS IN HIP-HOP COMES A NEW BRAND OF EDUCATIONAL MUSIC!

Lak (which stands for Life and Knowledge) is a brilliant, versatile lyricist devoted to staking his claim on hip-hop and taking it to new and exciting levels. Born in New Brunswick, New Jersey, he began rhyming in the fourth grade. Growing up in the center of hip-hop’s golden era ofthe 1980s, when true lyricism dominated the airways, Lak was inspired by thelegends of that era – Rakim, Big Daddy Kane, LL Cool J, KRS-One and EPMD.After listening to Lak flow, it’s easy to assess that he is the new version of an oldschool hip-hop tradition. He captures the heart of what hip-hop was built upon –realism and passion.
Smart Music creates high-quality educational hip-hop music.  Their blend of educational lyrics and underground hip-hop beats makes learning fun, accessible and more modern for a new generation of young people who are drawn to real hip-hop music. 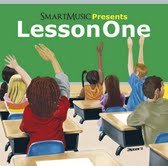 Their new CD, Lesson One: Hip-Hop and Education, uses rap lyrics and today's hip-hop beats to teach students politics, African and African-American history and more.
A true entertainer, Lak is known for his stage show that hypnotizes audiences with intense rhymes, ill metaphors and a rousing delivery. He was an on-air personality at Rutgers University’s WRSU-FM 88.7 where his nightly “Led-Lak Show” was voted the number one radio spot on campus, and he has performed in countless shows and rap battles and has appeared on numerous underground mixtapes. He has also been featured as a guest on several radio and television shows including CBS Radio and BET.
Lak earned a Bachelor of Arts in Communications with a specialization in Africana Studies and Labor Studies from Rutgers University.