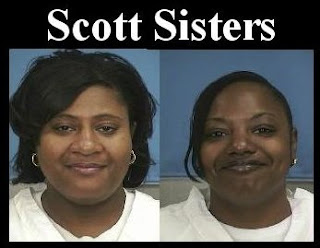 "Today, I have issued two orders indefinitely suspending the sentences of Jamie and Gladys Scott. In 1994, a Scott County jury convicted the sisters of armed robbery and imposed two life sentences for the crime. Their convictions and their sentences were affirmed by the Mississippi Court of Appeals in 1996.

"To date, the sisters have served 16 years of their sentences and are eligible for parole in 2014. Jamie Scott requires regular dialysis, and her sister has offered to donate one of her kidneys to her. The Mississippi Department of Corrections believes the sisters no longer pose a threat to society. Their incarceration is no longer necessary for public safety or rehabilitation, and Jamie Scott's medical condition creates a substantial cost to the State of Mississippi.

"The Mississippi Parole Board reviewed the sisters' request for a pardon and recommended that I neither pardon them, nor commute their sentence. At my request, the Parole Board subsequently reviewed whether the sisters should be granted an indefinite suspension of sentence, which is tantamount to parole, and have concurred with my decision to suspend their sentences indefinitely.

"Gladys Scott's release is conditioned on her donating one of her kidneys to her sister, a procedure which should be scheduled with urgency. The release date for Jamie and Gladys Scott is a matter for the Department of Corrections.

"I would like to thank Representative George Flaggs, Senator John Horne, Senator Willie Simmons, and Representative Credell Calhoun for their leadership on this issue. These legislators, along with former Mayor Charles Evers, have been in regular contact with me and my staff while the sisters' petition has been under review."