When "supposed" allies are enemy agents 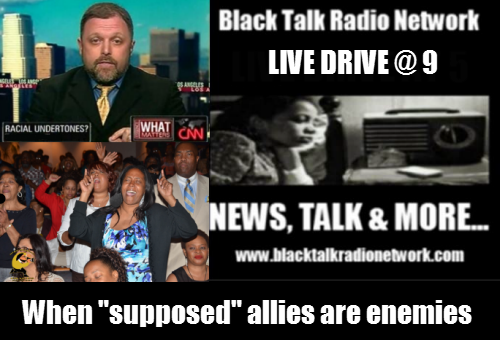 Join me tonight as we discuss some of the top news of the day. Certainly I have to discuss the verbal assault on my name and the Black Talk Radio Network by anti-racist author, lecturer and so-called white ally Timothy Jacob Wise. Mr. Wise took offense to something I wrote about something he wrote concerning hate speech that did not make logical sense to me concerning a white person telling people he supposes he has a right to yell racial and religious in Times Square, not that he would but if he wanted.

But did Mr. Wise engage in a form of hate speech towards me and my "compatriots? It seems he did and he certainly has the courage to slur and slander people over the internet.


I will look at his words and see if they were a reasonable response and if Mr. Wise exercised good problem solving skills and if his emotional response tell us anything as well as his word choice.

I also want to examine his cult of personality and what is it about him that Black people would join in on a digital lynching? Is Mr. Timothy Wise an ally or enemy agent. Could white saviors be a non-violent tactic of the system to prevent the rise of what the FBI called a "black messiah"?