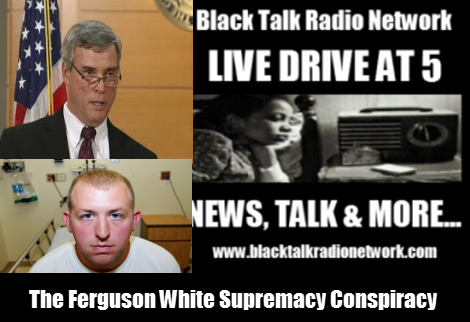 It does not take a fictional Sherlock Holmes to show you all the bread crumbs that lead to the center of a white supremacist plot to deny Michael Brown first his life and then his post mortem civil rights. Any alleged investigation by the US Justice Department into civil rights violations must now include the St. Louis prosecutors office and specifically Robert P. McCulloch and his assistants.

CNN say it is investigating a forensic expert named Shawn Parcells who worked as an apprentice on the Michael Brown family's independent autopsy. Dave Urbanski writing for the The Blaze, advanced propaganda attacking the autopsy by attacking Parcell's credentials. The independent autopsy was performed by Dr. Michael Baden, the former chief medical examiner for the City of New York. CNN isn't investigating itself for not checking Parcells's inflated credentials before bringing him on air as one of their experts.

Jesse Jackson half-way corrected Don Lemon about real Black History and past rebellions that occurred in response to police terrorism.