America: The Land of Lawlessness & Slavery 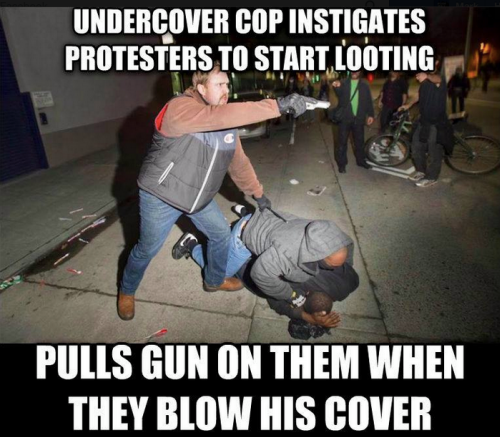 MSNBC commentator Chris Hayes called the American government lawless on national cable television. I've been saying that for a long time, but you know it takes on a whole different tone when a white person in Corporate media says it.

Political commentator, author and famous philosopher Noam Chomsky said that America is a "very racist" and acknowledges that slavery was not abolished. He made some inaccurate statements about the facts but he gets a passing grade on his analysis.

Two undercover Oakland police officers attempted to infiltrate a demonstration against police terrorism and for victims of police murder Michael Brown and Eric Garner. Once exposed for trying to incite looting and confronted by protesters, at least one of the officers was photographed threatening unarmed people with a firearm.

A United States government's plot to infiltrate Cuba's underground hip-hop movement has been exposed. "For more than two years, a U.S. agency secretly infiltrated Cuba's underground hip-hop movement, recruiting unwitting rappers to spark a youth movement against the government, according to documents obtained by The Associated Press". Funny how things work out as the United States faces upheaval from youth led movements over the issue of police murder, enslavement and terrorism.