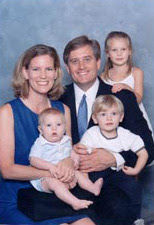 Ken Mauldin is the District Attorney of the Western Judicial Circuit, covering Oconee and Athens-Clarke Counties and when he ran for re-election, his campaign claimed that cases involving child abuse, domestic violence, sexual assault and elder abuse would take priority.


DOWNLOAD PODCAST
Yet two men who allegedly raped a 3 year old in Athens, Georgia 4 years ago have yet to be prosecuted. The little girl is no longer in the home where abuse occurred but her new family wants justice for the unpunished crimes against her. A petition is active on Change.org asking for the prosecution of the men. Tonight we are joined by Nancy Lockhart and the child's adoptive mother Mrs. Addison to discuss the case.