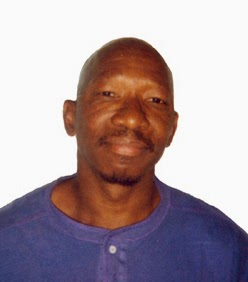 Robert Seth Hayes was born in Harlem, New York in October 1947. Growing up in New York City, first in Harlem, later in the Bronx and Queens, Mr. Hayes saw one Black neighborhood after another suffering from neglect, despair, anger and defeat. At the same time, he recalls witnessing over the years a birth of hope and determination to overcome these conditions.

Upon returning to the United States from Vietnam, Seth was swept up in the Black Liberation movement and joined the Black Panther Party. He worked in the free breakfast for children program and began dedicating his life to the betterment of Black people. His knowledge of the effects of racism on the Black community convinced him that the Black Panthers’ program of community service ad community self-defense was what was needed. His work, like that of so many others, was disrupted by COINTELPRO. Fearing further attacks, he went underground, believing it a better way to protect the work of the Black Panther Party and the Black movement in general.

Robert Seth Hayes had two children prior to his arrest and imprisonment, and he has remained closely involved their lives and upbringing, despite the difficulties presented by his long incarceration.

Seth has been diagnosed wwith Type II diabetes. He has been extremely ill and had great difficulty procuring the necessary healthcare and has needed the help of his lawyers and some state political leaders in order to get adequate treatment. He also suffers from Hepatitis C.

While in prison, Seth continues to work for the betterment of the community in which he lives. He has participated in programs with the NAACP, the Jaycees and other organizations and has worked as a librarian, pre-release advisor and AIDS counsellor.

Whenever possible, he has taken college courses. He is also a longtime advisor and colaborator in the annual Free Political Prisoners Calendar project. He is dedicated to continuing to work for social justice when he gets out of prison.

I will be joined by Crystal Hayes, Seth's daughter and Nate Buckley who is a political prisoner supporter of Seth Hayes and co-founder of Burning Books bookstore in Buffalo, NY.