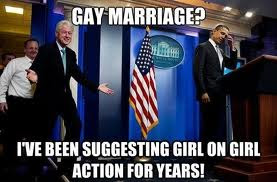 Is the Black community showing signs that it may not turn out for the 2012 election over same-sex marriage issues. Are they showing signs that they are tired of being told to shut up, get in line and march for the President when he seems to ignore issues plaguing our communities? Can he win re-election without a high turnout from Black voters who backed him in 2008? The President's former pastor, Jeremiah Wright told the author of a new book critical of Obama, that the Obama campaign through a surrogate offered Wright a $150,000.00 pay off to keep quiet and stop speaking publicly. Wright also disclosed the President told him that his problem was always telling the truth. What do you think, big deal or not? Is a suspected Nazi guilty of murdering 16 yr. old Jasmine Thar or is it really an accident. Will you commit to occupy the jury box against all non-violent drug crimes. Help put an end to mass incarceration and state sponsored slavery.