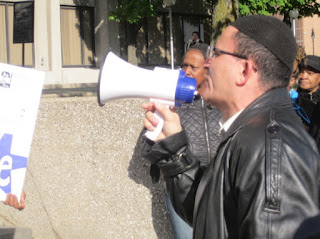 The Detroit Police Department because of wide spread abuse is under is operating under two consent decrees with the Department of Justice. As part of the lawsuit brought against the Detroit Police by the wrongfully convicted wrongfully imprisoned man, Eddie Joe Lloyd, the department agreed to videotape interrogations of all suspects in crimes that carry a penalty of life in prison with out the possibility of parole. The four murder charges Devontae Sanford faced certainly meets the criteria for recording the interview. There is one recording of an interrogation but according to Roberto Guzman of The People's Task Force to Free the Wrongfully Convicted asserts there was more than one interrogation but yet the Wayne County Prosecutors office only turned over one recording of one investigation. Taminko Sanford, mother of Devontae Sanford and Roberto Guzman spoke to Black Talk Radio News to update us on the case, the reported abuse of Devontae Sanford at the hands of Ionia prison guards and the rally that took place recently.