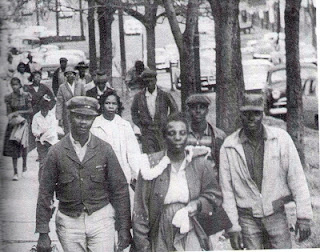 Breaking news to report in an Marisa Alexander case update. I have been watching "The Black Power Mixtape 1967-1975" and decided to post a video excerpt of comments from Kwame Toure aka Stokely Carmichael about the Montgomery Bus Boycotts. This provoked some interesting comments on Youtube that made me think the issue deserves further scrutiny. The Sanford City Commission voted today to not accept the resignation of Police Chief Bill Lee despite his role in allowing George Zimmerman to walk after he shot and killed unarmed teen Trayvon Martin. He also participated in smearing Martin among other things. President Obama has been on blast recently by Jill Stein who is seeking the Green Party nomination as well as a former Democratic operative over the drug war which he continues to prosecute from the Federal level even though he said he would not when campaigning in 2007. He was also taken to task by Latin American leaders over the failed Drug War.