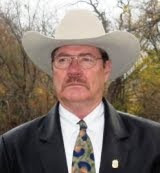 Terry Nelson's law-enforcement career spanned three decades. It included service in the US Border Patrol, the US Customs Service, and the Department of Homeland Security, taking him beyond the US borders into Mexico, Central America, and South America. In various capacities, he acquired first-hand knowledge of the war on drugs through his direct involvement with counter-narcotics missions. He labored with distinction, even receiving special Congressional recognition for his work.

"But," he says, "as the 'War on Drugs' went on and on, I never saw any visible progress - and only limited discussion about the lack of progress. Something was wrong with this picture." Terry came to understand drug prohibition was doing more harm than good, and that the United States needed a major policy change. He had thought a lot about decriminalization and legalization for years.