In the world of viral video, all the networks are scrambling to interview and tell the story of Ted Williams, a homeless man with a great voice. However, another video is grabbing attention among the Black online community. An Uncle, who was upset with his nephew beefing with people on Facebook and apparently portraying himself to be a teenaged gangbanger, gave his nephew a good ole fashioned whipping.

The man who obviously cares enough about his nephew to discipline him has received both praise and criticism. Some of the critics have been absurd and some even suggesting that this is child abuse. The teenager, who is big, received a couple of lashes on his backside with a leather belt. He was not punched in the face, beat with extension cords nor slammed into a wall or on slammed onto the floor. One of the more ridiculous criticisms had to do with how the Uncle was dressed with no shirt and pants hanging down saying he was setting a bad example. How absurd, the man is in his home, not walking down the street and perhaps his pants are sagging because he is using his belt to dish out some discipline instead of using it to hold up his pants. 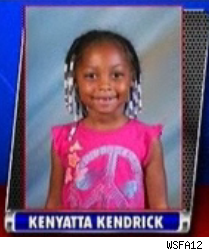 The man should be applauded, saluted, perhaps given a People’s Choice special award. Perhaps if the parents or some caretaker took similar action with two teens that were allegedly involved in a gunning down a six year-old girl while she slept in her bed, just maybe that little girl would still be alive.

There was an expression of outrage when Detroit Police executing a no-knock raid allegedly shot and killed little 7 year-old Aiyana Jones while she slept on the couch. 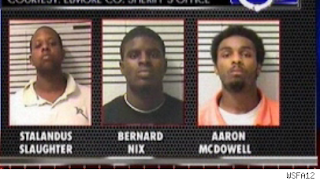 However, there has not been nearly the same widespread outrage at the death of little six year-old Kenyatta Kendrick who was shoot and killed in a drive-by where two teens and a 25 year-old stand accused of a drive by shooting on her home.

Why is it when a cop stands accused of killing someone in the Black community there is near universal and widespread outrage, ensuing marches and protests and near riots but when the death of a Black child is alleged to be at the hands of Black thugs then mostly there is the “that’s a shame” reaction and that’s about it. No protests, no marches, no anger, no Red, Black and Green clad clowns threatening to kill thugs. 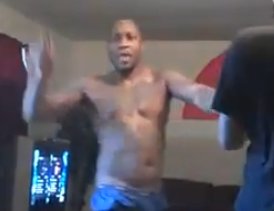 Who ever this man is, taking a belt to the backside of his wannabe thug nephew deserves praise and all the adulation that was heaped upon Antoine Dodson who was turned into an overnight celebrity after a Youtube video of his interview with the news media about the attempted rape of his sister went viral.