The Cuban Five are Gerardo Hernández Nordelo, Ramón Labañino Salazar, Rene González Sehwerert, Antonio Guerrero Rodríguez and Fernando González Llort. They are sons, husbands, brothers, poets, pilots, college graduates and artists. Three of the Cuban Five were born in Cuba and two were born in the United States. Also three of them fought in Angola, during the war against apartheid. They are currently serving long prison sentences in the United States.

Since 1959, Cuba has been subjected to threats, sanctions, invasions, sabotage, and violent attacks on its soil, resulting in 3,478 deaths and another 2,099 wounded. It has thus developed vigilance against foreign attacks. In 1976, 73 people died when a bomb exploded aboard a commercial Cuban airliner, destroying the plane in mid-air. The masterminds behind the attack were two men of Cuban-origin, Orlando Bosch and Luis Posada Carriles, former CIA operatives currently living in Miami.

In the early 90s, following the fall of the Soviet Union, Cuba was trying to establish a tourism industry. Soon after, the right-wing exile groups in Miami started a violent campaign targeting tourist hotels and resorts, buses, airports and other facilities to discourage foreigners from visiting the island nation. In 1997, as part of that campaign, a bomb exploded in the lobby of Havana’s Hotel Copacabana, killing Fabio DeCelmo, an Italian tourist. The Cuban authorities arrested Raul Ernesto Cruz Leon, a native of El Salvador who confessed to having been paid thousands of dollars by anti-Castro exile groups based in Miami to plant the bomb.

Due to the lack of response from the FBI to stop such attacks, Cuba sent the Cuban Five to Miami to monitor the organizations perpetrating these acts of violence. The idea was to gather information about similar acts that were in the planning stages in order to derail them before they were carried out. The Five were able to establish evidence implicating specific Miami exile groups and individuals in the attacks. The government of Cuban sent a representative to Washington, DC in hopes that the U.S. government would help stop the acts of terror and turned over evidence implicating Cuban exile groups. Instead the FBI arrested the Cuban Five who were given kangaroo trials and convicted on trumped up charges. 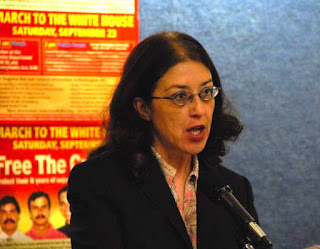